Best Places to Visit for Halloween Around the World 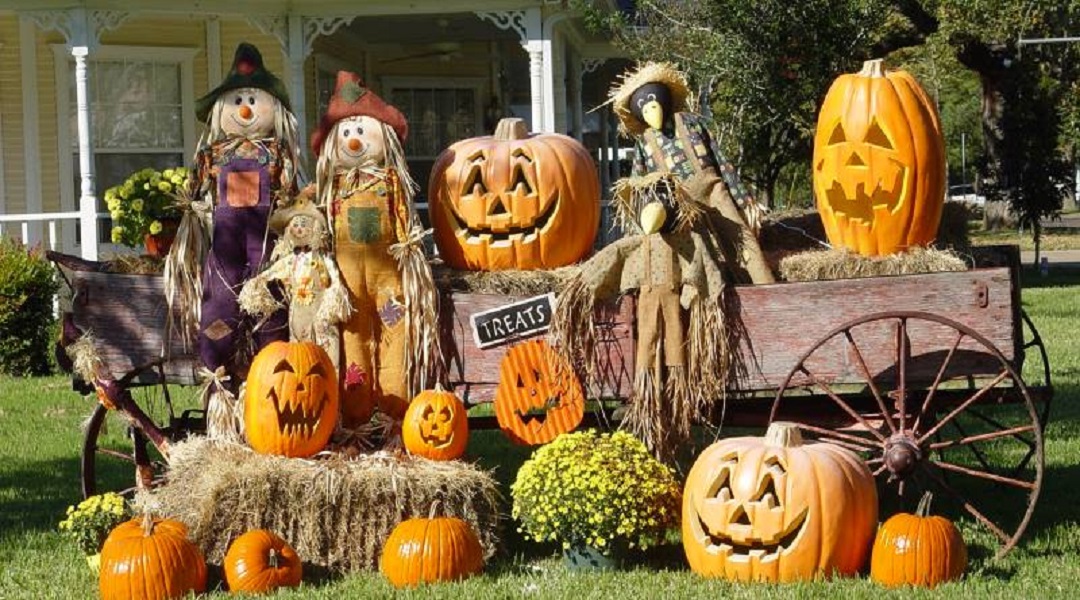 Visiting Best Places for Halloween Around the World

The History of Halloween and Where it Originates from

Halloween is a celebration of the ancient Celtic festival of Samhain. It was more than just a holiday; it was a time to remember the dead, and to keep them from coming back.

Halloween has been around for centuries, with its origins dating back to the Celts. In Ireland, in particular, Halloween is known as Oíche Shamhna and it marks the beginning of the Celtic New Year.

The Celts believed that on October 31st, Samhain night, spirits would walk among the living and wreak havoc on their crops and livestock. The following day was considered an important time for divination rituals that would help predict future events in life.

Spain is a country with rich traditions that are worth exploring. The origin of the costumes and the most haunted city in Spain will show you how spanish tradition is different from other countries.

Spain has many traditions that are not found anywhere else in the world. One of them is their tradition about death, which includes wearing black clothes and mourning for nine days after someone dies. Another tradition is their costumes, which are made with very elaborate designs and colors.

Ireland - History and Traditions Connected to Halloween in Ireland

Halloween is a day that is celebrated in many different countries, but what are the traditions connected to Halloween in Ireland?

The Irish have a long-standing tradition of celebrating Halloween. The night before All Saints Day, they would go out and play pranks on unsuspecting people. They would also carve turnips into lanterns and light them up. Other activities include apple bobbing and telling ghost stories around the fire.

The United States is home to some of the most interesting and diverse traditions, costumes, and customs when it comes to celebrating Halloween.

Halloween is a time for children to dress up in spooky costumes and go door-to-door collecting candy. The tradition goes back centuries, but it wasn’t until the 1930s that trick-or-treating became a widespread practice in America.

Some other popular American traditions include bobbing for apples, carving jack o’lanterns from pumpkins, and telling scary stories by a campfire.

Brazil is one of the countries with the most festivals in the world. They celebrate life, death and everything in between.

For example, on November 2nd people wear costumes to celebrate Dia de Finados, which is a day of remembering the dead and celebrating their lives. On this day people don't wear black or dark colors but instead they wear bright colors like yellow, pink and green.

Brazilians believe that these colors represent happiness and hope for the future.

Brazilian customs are different from what we are used to in other parts of the world. It's important to know these customs before visiting Brazil so you can be respectful and keep them in mind when interacting with locals or attending their festivals.

Best Places to Visit for a Spooky, Scary, and Freaky Halloween Around the World

Halloween is a perfect time to explore the most haunted places around the world.

From London’s Tower of London to Ireland’s Croagh Patrick, there are plenty of spots around the world that have a rich history in superstition and folklore.

Halloween is one of those occasions where you can let your hair down and get into the spirit of things. It's also a great time to explore some of those lesser-known destinations that you might not otherwise visit during your travels.

Most of the haunted places in China are located in ancient cities.

The most famous haunted places in China are:

- The Temple of Confucius, Hangzhou

- The Temple of the City God, Nanjing

America is not only the land of the free but also home to some of the scariest haunted houses in the world.

In America, there are many different ways to get scared. The most common way is visiting a haunted house. In this article, we will explore some of America's most terrifying haunted houses and why they are so popular.

These days, there is no shortage of haunted house attractions for people to visit in their neighborhood or town. For example, in New York City, there are over five hundred haunted houses that visitors can choose from.

Ireland is a country with a rich and diverse history. It is a place full of mysteries, legends, and folklore. Ireland has been home to many different cultures and people over the years, which have all left their mark on the land.

The Irish are known for their love of storytelling and it is no surprise that many haunting tales are told about the land. The Irish countryside is full of ancient castles and ruins that have been abandoned for centuries but still hold stories waiting to be told. It's not just the buildings where you can find these stories either; there are many eerie places in Ireland where you can experience a sense of eerie calmness or an overwhelming feeling of dread, depending on your perspective.

Halloween is an opportunity for people to explore their fears and get a little thrill.

There are many places around the world that are spooky and scary, but there is one thing in common about all these places - they are fascinating.

We have compiled a list of some of the most spooky places to visit on All Hallows Eve around the world.